Kaleidoscope. Hoelzel within the avant-garde

With Adolf Hölzel a new chapter in modern painting commenced. The artist, who was born in Olmütz (Moravia) in 1853 and died in 1934, moved to Stuttgart in 1905, where he struck an independent path to the modern picture. Artistically, he was less interested in achieving the totally non-representational than in ensuring that the actual nature of the picture amounted to a “surface covered with color” (Maurice Denis). Hölzel’s efforts here paralleled the strivings of others throughout Europe, such as Wassily Kandinsky, Piet Mondrian and Robert Delaunay. His new pictures recall a kaleidoscope in which the artist let the variety of colors and forms in the picture form a unity. Hölzel’s ideas on art—transmitted by the master’s students Johannes Itten and Oskar Schlemmer at the Bauhaus as well as Willi Baumeister—became the theoretical basis of modernism for future generations.

On the occasion of the seventy-fifth anniversary of Adolf Hölzel’s death, the Kunstmuseum Stuttgart, which houses the most important Hölzel collection worldwide, illuminated the meaning of his work for the art of our epoch on 1,000 square meters in the exhibition “Kaleidoscope. Hoelzel within the avant-garde.” Representing this pioneer of the European avant-garde were 220 works, some on view for the first time, including landscape and figurative pictures from Dachau, pastels, stained glass, Hölzel’s famous red series and works on paper as well as exponents of his art theoretical works from the Staatsgalerie Stuttgart. 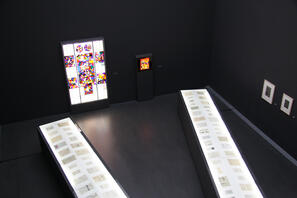 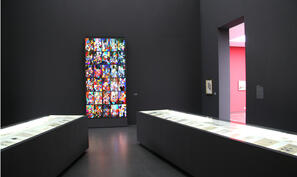 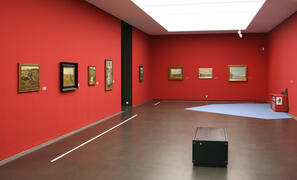 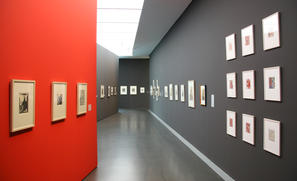 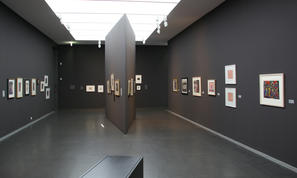 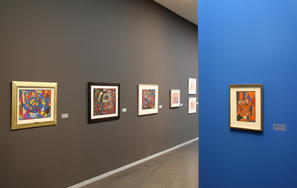 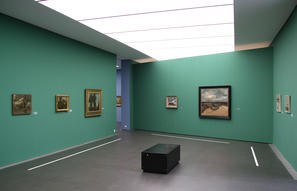 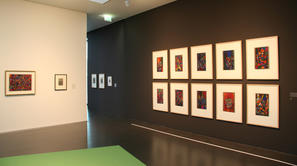 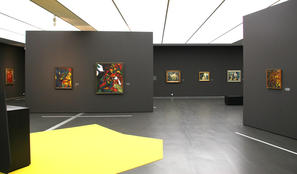 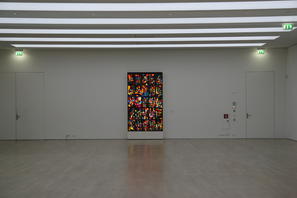