Ute and Rudolf Scharpff have been collecting for over fifty years, and in the 1960s initially concentrated on the Nouveaux Réalistes. Today their collection comprises art by the ZERO Group and German and American contemporary painting. Included are works by well-known artists such as Yves Klein, Lucio Fontana, Piero Manzoni, Franz Ackermann, André Butzer, Albert Oehlen, Neo Rauch, Christopher Wool, and Jeff Koons. Ute and Rudolf Scharpff are interested particularly in young artists whose works deal critically with the present.

For the exhibition, the Scharpffs chose an exceptional focus on their collecting activity of more than five decades: New York graffiti art of the 1980s.  At that time Rudolf Scharpff traveled frequently to New York and encountered a subculture in upheaval. Anti-graffiti campaigns organized by the city forced artists to seek out new media for their writing and pictures. Rudolf Scharpff was thus able to acquire the first work on large-format canvases by graffiti art pioneers such as Phase 2, Mico, Futura 2000, and Rammellzee. What interested the Stuttgart collector couple above all in these works by the graffiti artists was the “immediate form of expression of an almost action painting-like art.” The works shown in the Kunstmuseum offered a lively picture of the New York sprayer scene of the time and reflected issues in American society that are still current today. 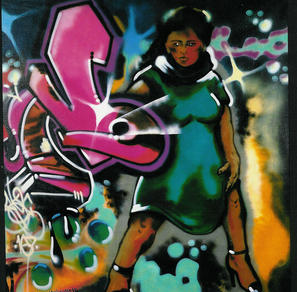 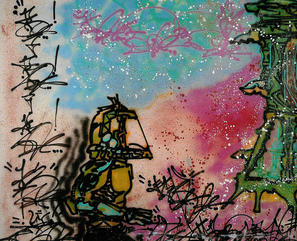 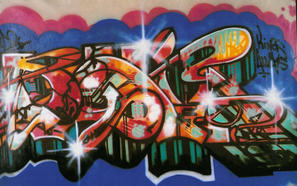 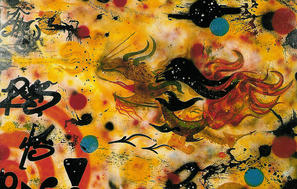