The Stuttgart-Stammheim correctional facility is unlike any other prison. Even today, the name “Stammheim” still embodies the myth surrounding the Red Army Faction (RAF, a German left-wing terrorist group), whose leading members—Andreas Baader, Gudrun Ensslin, and Jan-Carl Raspe—committed suicide on the seventh floor of the high-security penitentiary during the night of October 17, 1977. One year earlier Ulrike Meinhof had hanged herself on the window crossbar in cell 719.

The building, erected in 1963, in which the so-called Deutsche Herbst (German Autumn) came to a dramatic end, was to be torn down. This pending demolition was the impetus that led photographer Andreas Magdanz to begin his artistic photo project “Stuttgart Stammheim:” for five months he lived in the direct vicinity of the correctional facility and documented this history-laden place in hundreds of photographs. Around 30 of these digital photos were on view on the ground floor of the Kunstmuseum Stuttgart.

These contemporary, sober and objective exterior and interior shots of the multipurpose building and its cells pose a conscious contrast to the shocking crime-scene photos of the time. As in his earlier projects “Dienststelle Marienthal” (2000), “BND-Standort Pullach” (2005), and “Vogelsang” (2008), Andreas Magdanz investigates the extent to which these built places manifest collective memory and social practices. 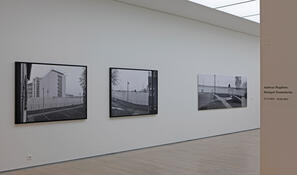 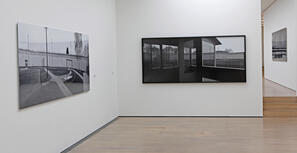 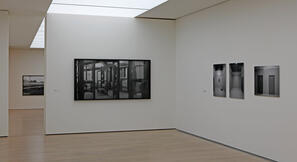 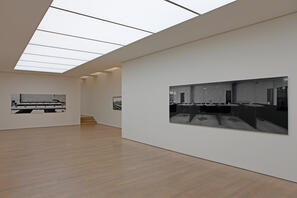 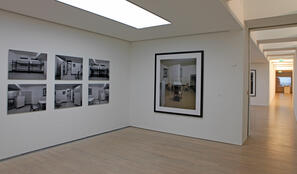 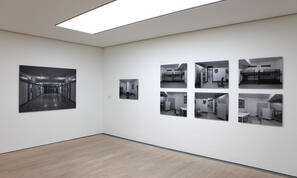 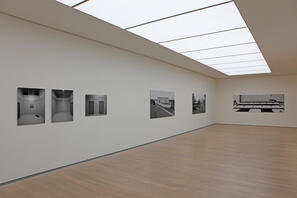