For three years, Ben Willikens (b. 1939 in Leipzig) studied Leonardo da Vinci’s “Last Supper” in the former Dominican Monastery Santa Maria delle Grazie in Milan. In 1979 he completed this artistic dialogue, which was documented in numerous conceptual drawings and a monumental panel painting. After a period of almost 30 years, this exhibition showed the panel painting in Stuttgart for the very first time.

Discarding the Apostles and the figure of Christ or further narrative elements, the artist has reduced the biblical scene to the essential architectural distribution of light and space; the art-historical model has been compressed in order to unveil its relevance for contemporary times. Furthermore, the complete series “ORTE” was presented. In these works Willikens addresses existing architectural monuments built in the 1930s, including buildings in Nuremberg, Berlin, and Munich, to symbolize the omnipotence of the NS dictatorship. However, devoid of all insignia of power, they reveal their fatal countenance: Darkness dominates the work, and behind it death and destruction inevitably lurk. The series was executed between 1996 and 1999, including ten canvases and fifteen gouaches. It was purchased by the Daimler Art Collection as a permanent loan for the Kunstmuseum Stuttgart. 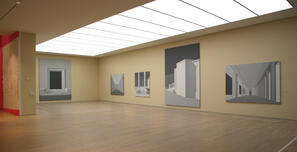 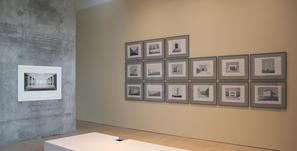 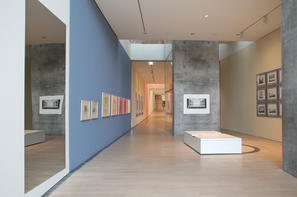