With “Ponderosa,” the Kunstmuseum Stuttgart presented a retrospective overview of the work of Candice Breitz (b. 1972 in Johannesburg, South Africa). Breitz’s work frequently focuses on the complex manner in which individuals are forged by the social and cultural contexts in which they are embedded. Several of her best-known works explore the role of mainstream popular culture in shaping the subjectivity of its consumers. Her multi-channel video installations range from found-footage montages that re-edit clips extracted from music videos, television series and mainstream cinema, to works that evolve from scenarios that are directed and shot by the artist herself.

The exhibition traced the development of Breitz’s work from the 1990s to the present, focusing on works that address the affective power of popular music: “Babel Series” (1999), “Four Duets” (2000), “Legend (A Portrait of Bob Marley)” (2005) and “Working Class Hero (A Portrait of John Lennon)” (2006), and a series of large-format photographic portraits of fan communities. The exhibition also included “Mother + Father” (2005), a two-part found-footage work in which Breitz draws on Hollywood films to reflect on the formative and quasi-parental influence that blockbuster culture exerts, as well as two dual-channel portraits of twin siblings from “Factum” (2010), a series that explores the complex workings of individuality.

Breitz developed the work “Love Story” (2016) especially for the exhibition – a seven-channel installation that features Hollywood actors Alec Baldwin and Julianne Moore. Based on and including extensive interviews with six refugees, it investigates the mechanics of identification and the conditions under which empathy is produced. 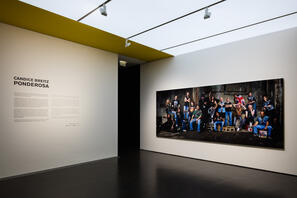 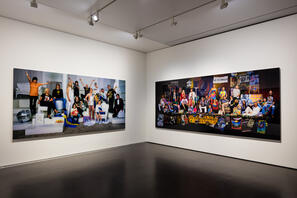 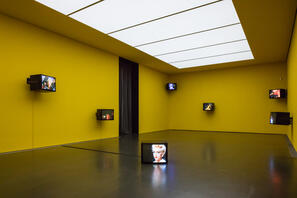 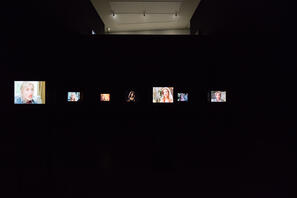 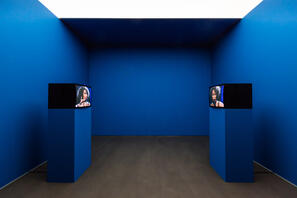 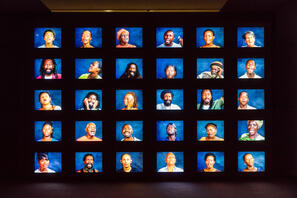 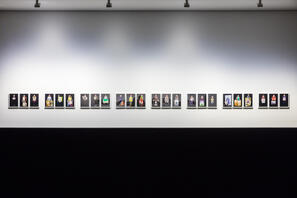 Candice Breitz, Portrait of an Artist, 2011

Candice Breitz, Portrait of an Artist, 2011 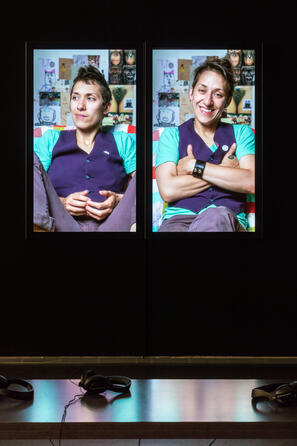 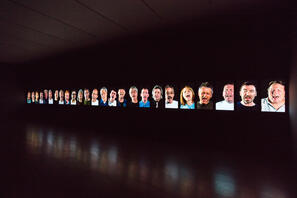 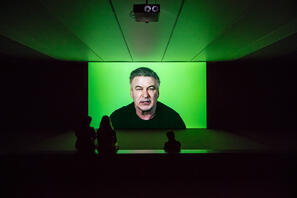 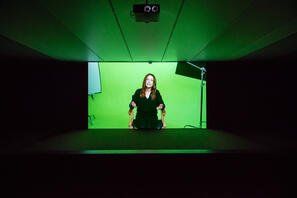 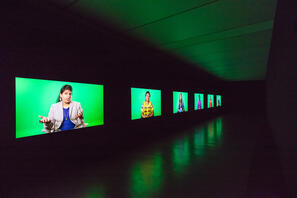