The Swiss artist Dieter Roth (1930–1998) was one of the most influential figures of twentieth century art. The comprehensive nature of his oeuvre lends itself to demonstrating the blurring of boundaries between the arts, that is, the process pursued by artists in the 1960s as they abandoned traditional expressive forms of painting and sculpture and developed new categories of art such as the Multiple, Performance Art, Body Art, and multimedia installation.

The exhibition at the Kunstmuseum Stuttgart focused on a fundamental aspect in Roth’s oeuvre that up to now has received little attention: the use of language and literature, which appears like a leitmotif throughout nearly all strands of the artist’s work. Indeed, Roth saw himself chiefly as a writer who regarded his visual artworks as a means to provide himself with an income that enabled him to write. Throughout his life Roth composed lyrical texts, essays, theater pieces, and journals. He also edited magazines and was active as a publisher. Significant pieces from the artist’s various creative phases aim to show how text and image are inextricably linked Dieter Roth’s work, and how spheres of literary and artistic activity mutually influence each other in an open-ended system. 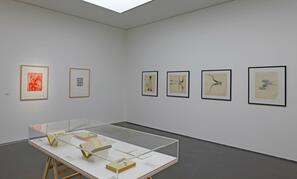 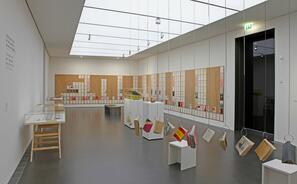 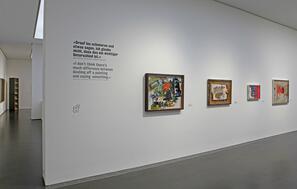 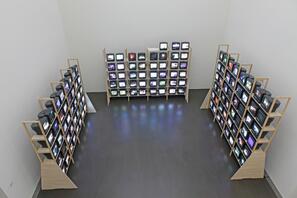 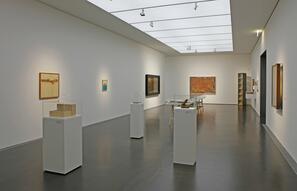 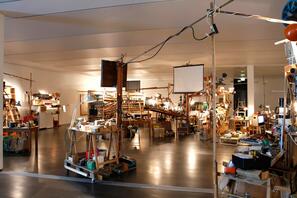