With the idea of promoting contemporary art in Baden-Württemberg, the “Kubus. Sparda Art Prize,” awarded by the Sparda-Bank Baden-Württemberg and the Kunstmuseum Stuttgart, was launched in 2013. Nominated for the first “Kubus. Sparda Art Prize” were Thomas Locher, Katrin Mayer, and Alexander Roob. The prize was awarded to the chronicler and draughtsman Alexander Roob, a long-time professor at the Stuttgart State Academy of Art and Design.

The work of Thomas Locher (b. 1956 in Munderkingen) focuses on communication systems developed by humans. In his text-image compositions, expansive wall works and installations, he visualizes the functionalities and laws of language, as well as its possibilities and limits.

With “memoiré et doublier” (2013), a large-scale, site-specific work developed especially for the exhibition, Katrin Mayer (b. 1974 in Oberstdorf) refers to the redesign of the Kleiner Schlossplatz by the artist Otto Herbert Hajek in 1969 – long before the Kunstmuseum was built on this site. At that time, Hajek staged a multimedia happening and painted the square with so-called “Farbwege,” colored striped and rhombic patterns.

The installation by Alexander Roob (b. 1956 in Laumersheim) brought together various focal points of his work. As Director of the “Melton Prior Institute for reportage drawing & printing culture,” Roob is not only an artist, but also a scientist and curator. At the Kunstmuseum Stuttgart, he used the example of the development of reportage drawing in England in the early nineteenth century to investigate the role artists can play in the “democratization of social systems.” 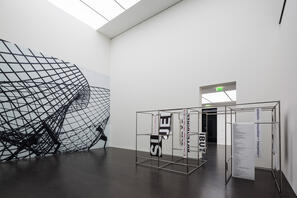 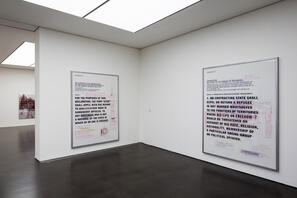 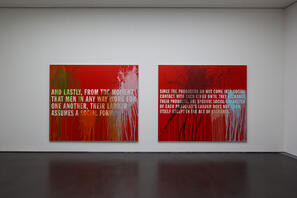 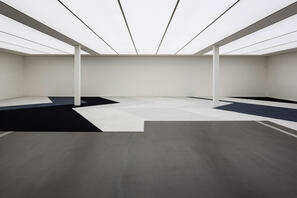 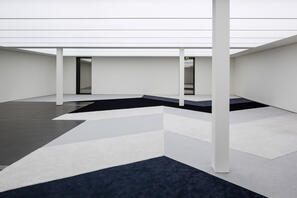 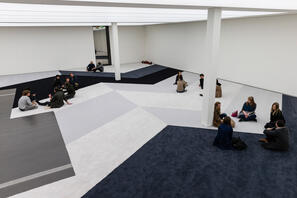 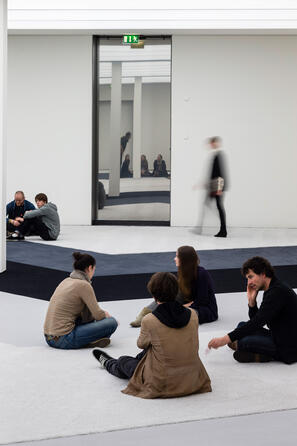 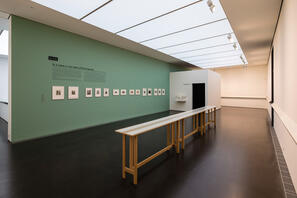 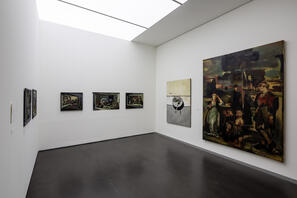 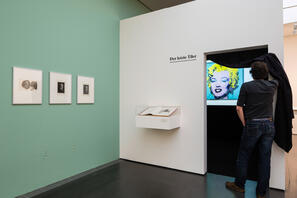 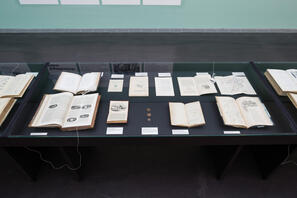