In 2015, the “Kubus. Sparda Art Prize” was presented for the second time. The nominees were Nevin Aladağ, Peter Vogel, and the artist duo Discoteca Flaming Star. The three artistic positions marked different approaches to the theme of “Art & Music,” under which the Kunstmuseum Stuttgart celebrated its tenth anniversary. By awarding the prize to Peter Vogel, who already enjoys great recognition in Japan and America, the artist was also introduced to a broad public in Germany. Vogel also won the Audience Prize, which was awarded for the first time by the Sparda-Bank in addition to the jury prize.

In her video works Nevin Aladağ (b. 1972 in Van, Turkey, lives in Berlin) thematizes the musical expression various cultures, developing a special cartography from them. For the exhibition the she produced a video in Stuttgart. In “Traces” (2015), Western European instruments can be seen and heard. Rather than being played by people, however, the instruments are seemingly performed by the environment.

Peter Vogel (b. 1937 in Freiburg, lives there) is a pioneer in the field of electronic music. The sculptures he constructs out of metal rods and minute electronic components, in part combined with traditional music instruments, respond interactively to the viewer’s motion. The exhibition by Peter Vogel had a retrospective character, comprising works from 1974 to 2014.

Discoteca Flaming Star (DFS) is comprised of Cristina Gomez Barrio (b. 1973 in Alhambra, Spain) and Wolfgang Mayer (b. 1967 in Wertach). They always work within cooperative structures and interdisciplinary contexts. Their performances and installations, in which musical elements play a central role, are understood as socio-political events. The starting point of their presentation was the installation/performance work “Sticky Stage,” which began in 2012 and expanded at the Kunstmuseum Stuttgart. 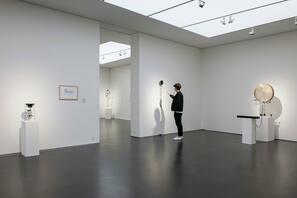 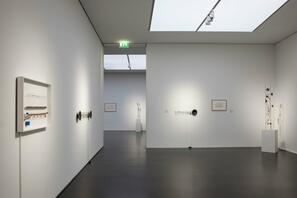 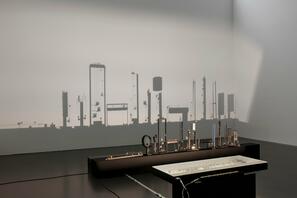 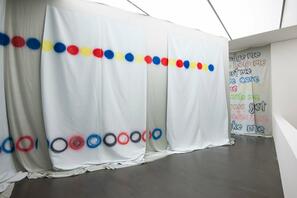 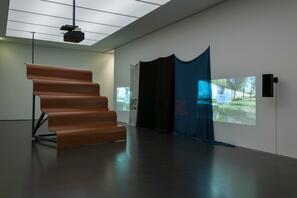 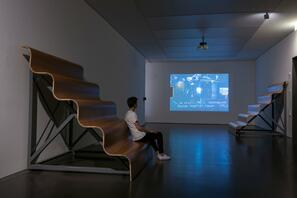 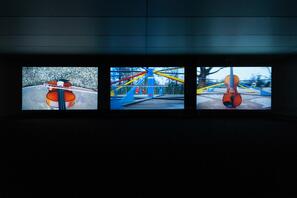 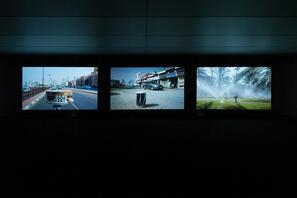 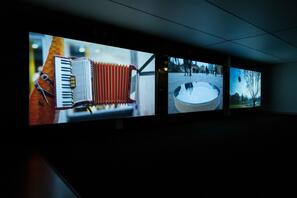