In his paintings and drawings Patrick Angus dealt with an existential subject: the quest for identity and the sexual self-discovery linked with it. With a gaze that was both sensitive and revealing, he dedicated his art to gay life in New York and Los Angeles in the 1980s. The artist's depictions of bars and clubs in the scene, along with a multitude of his intimate portraits, focus on a subculture in the US that since the 1960s vehemently fought for its right of sexual selfdetermination and that with the advent of AIDS in the 1980s endured a traumatic catastrophe. Angus's works are less political statements than they are about longings, fears, and basic human needs such as love, security, and recognition. In dealing with the subject of sexual diversity, his oeuvre is of unwavering social relevance.

"Patrick Angus: Private Show" was the first comprehensive museum exhibition in Europe devoted to the American artist. Born in North Hollywood, California, in 1953, Angus studied at the Santa Barbara Art Institute and the University of California, Santa Barbara. Despite his early death at the age of just thirty-eight, he left behind an extensive body of work, which up to now has gone largely undiscovered by the art world. Featuring over two hundred paintings and drawings, the Kunstmuseum Stuttgart presented a cross section of his entire oeuvre.

Angus committed himself to traditional painting subject matter already early on: landscape, portraiture, and interiors. The exhibition illuminates the important role played here by the portrait. Numerous self-portraits as well as perceptive renderings of friends and family, but also his diverse nudes and erotic scenes clearly convey the desire for love and human closeness. A further emphasis is on the movie theaters, stages, bathhouses, and bars in which Angus, in unique fashion, documented meeting places popular among New York homosexuals, such as the Gaiety Theatre. With their bright colors and harsh realism, his milieu studies took up the virulent Neo-Expressionist painting of the 1980s, whose rough and angular formal language didn’t shy away from depicting ugliness. 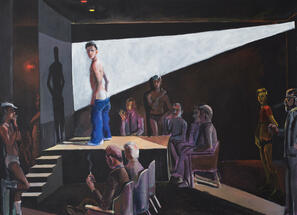 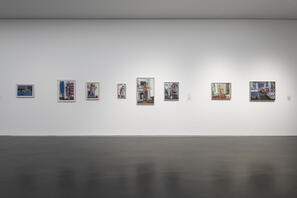 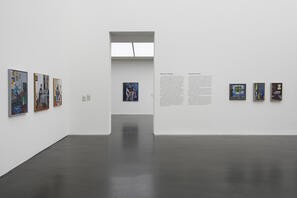 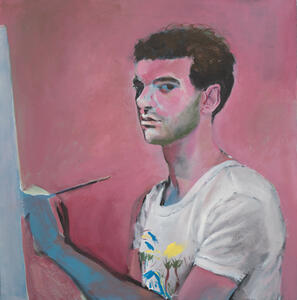 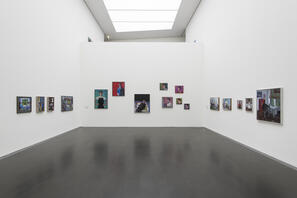 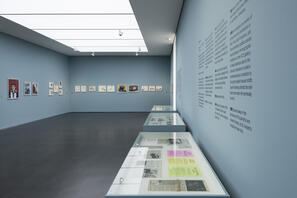 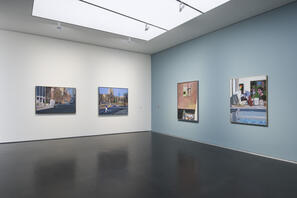 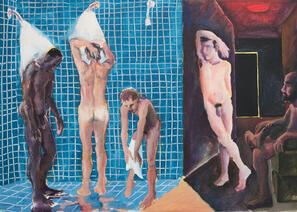 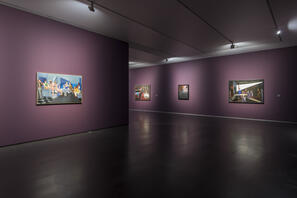 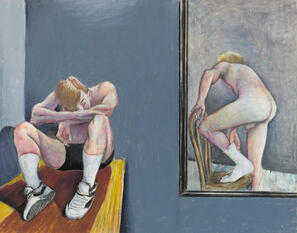 Patrick Angus, Two Dancers in the Changing Room Backstage at the Gaiety, 1991

Patrick Angus, Two Dancers in the Changing Room Backstage at the Gaiety, 1991 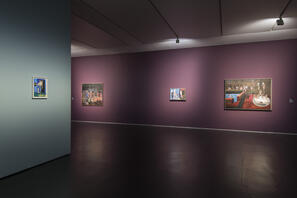