Ragnar Kjartansson (b. 1976 in Reykjavík, ISL) was born into a theater family. The degree to which this has shaped him is reflected in his works, which combine music, literature, the visual and the performing arts as well as contemporary popular culture. Kjartansson brings together different media and genres although performance represents the basis of his artistic practice.

His work centers on artist stereotypes and clichés associated with the Western culture of memory and knowledge. The key characteristics of his art are an extremely extended playing time, repetitions, loops, parody, and alienation. These stylistic devises generate a strong emotional effect, spanning the entire spectrum of human emotions—from love and melancholy to pain. With pointed intensification and humor, Kjartansson time and again disrupts the romantic spirit surrounding his works.

The exhibition featured videos, paintings, drawings, sculptures, and a live performance, uniting all the essential themes of Kjartansson's oeuvre, ranging from the video series "Me and My Mother," begun in 2000, to his new works, such as the spatially expansive video installation "Death is Elsewhere" (2017–19), on view in Europe for the first time. With seven screens arranged in a circle, the installation surrounds beholders visually and aurally with a panorama of an Islandic landscape in which two pairs of twins wander continuously while singing of their mutual affection. The live performance "Tod einer Dame" (2019) was conceived specifically for the Kunstmuseum.

The exhibition took place under the patronage of the icelandic ambassador H.E. Martin Eyjólfsson. 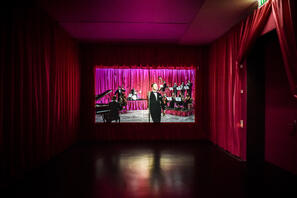 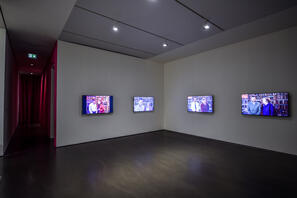 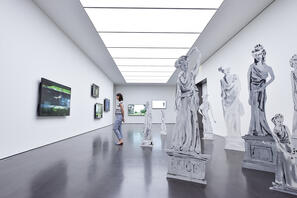 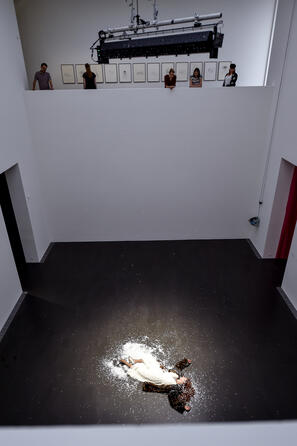 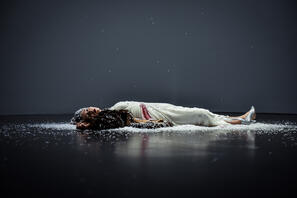 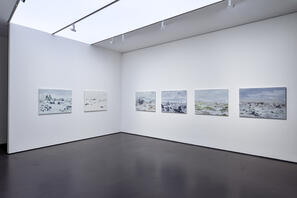 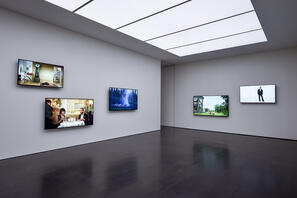 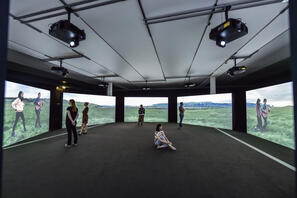 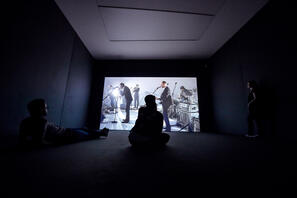 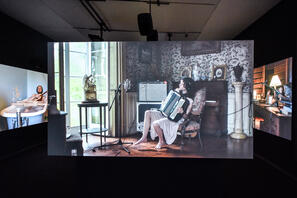