What is it about the artistic design of walls? Why are façades and walls so fascinating for many artists? The large-scale project WÄNDE I WALLS explored these questions at three central locations in Stuttgart: the Kunstmuseum Stuttgart, the StadtPalais – Museum für Stuttgart, and the concourse of the Stuttgart Central Station.

The interior of the so-called Bonatz Building was transformed into a huge temporary graffiti gallery by over eighty artists representative of Stuttgart’s graffiti history. The sprayers worked on site and, over a period of several weeks, provided insights into their creative work and the many different styles of graffiti.

The concourse has been a place of encounter with the art and culture of graffiti. It was turned into a lively, artistic production site in which the public could participate. Here, a fundamental impulse of graffiti became apparent: The public space can be understood as common property that offers space for various forms of design and, in addition, allows alternative perspectives on the living space. Frequently bordering on illegality and vandalism, graffiti has established itself as an art form that is now experiencing tolerance and acceptance. Graffiti has become an indispensable part of public space, especially in view of the increasingly legal venues of activity. 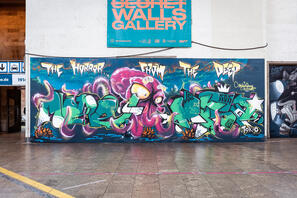 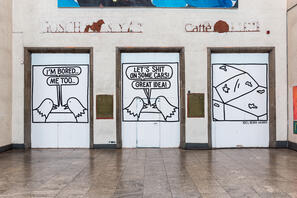 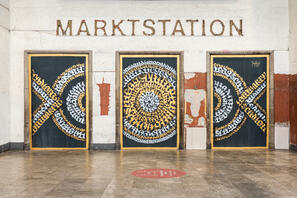 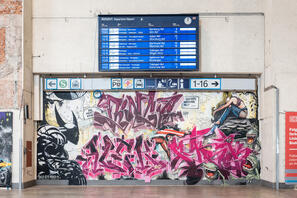 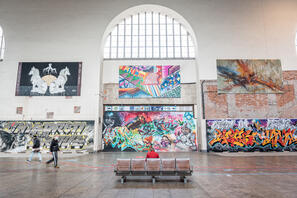 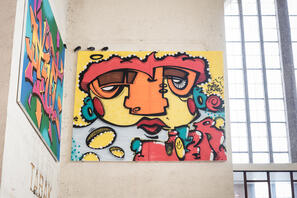 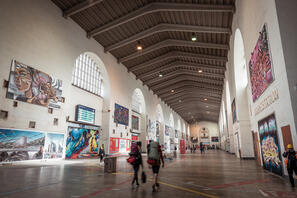 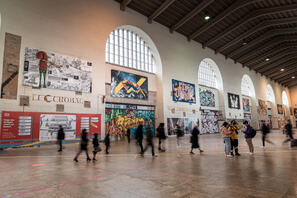 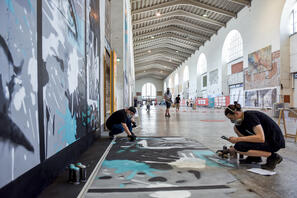 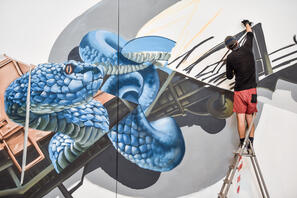 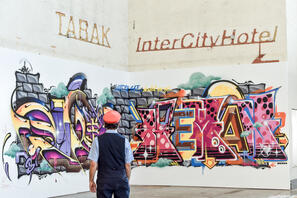 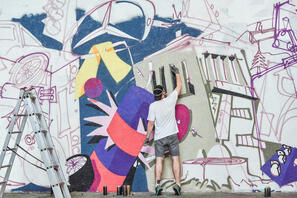 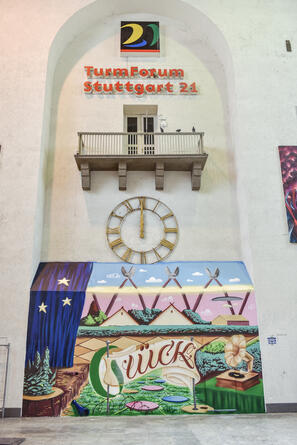 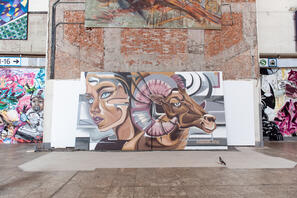