In 2015, the Kunstmuseum Stuttgart celebrated its ten-year anniversary by focusing on the theme of the linking of art and music. Ever since the rise of media art in the 1960s, more and more visual artists around the world have begun to work with film, television, and computers. Film and video works, in particular, display art that is meant to be seen and heard or they use pieces of music in visual contexts.

Films, videos, and installations in which image and sound (music) are of equal importance, complement one another, or in which music becomes the theme of the artist’s visual narrative provided the focus of the series of exhibitions.

In this exhibition series, the linking of visual art and music focuses on the merging of visual and acoustic experiences and developing our perception of the transitions between and the interpenetration of art and music. In regularly rotating presentations, the museum showed works by Tatiana Blass, Candice Breitz, Filderbahnfreundemöhringen FFM, Kristof Georgen, Rodney Graham, William Hunt, Annika Kahrs, Ragnar Kjartansson, Christian Marclay, Hajnal Németh, Carsten Nicolai, Fernando Sánchez Castillo, and Ann-Sofi Sidén with Jonathan Bepler. 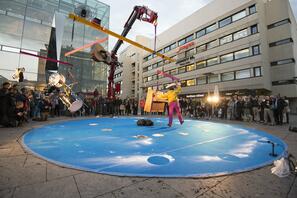 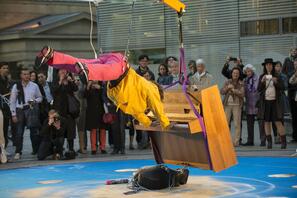 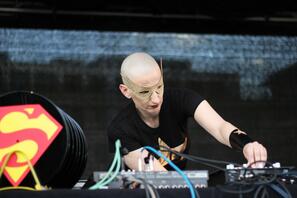 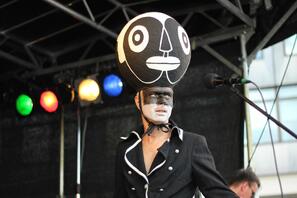 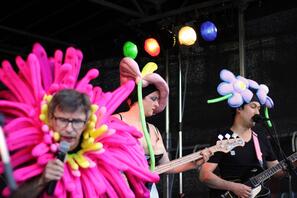 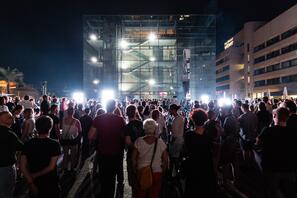 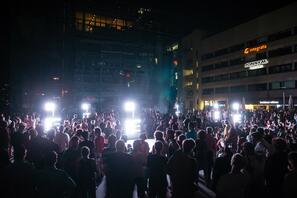 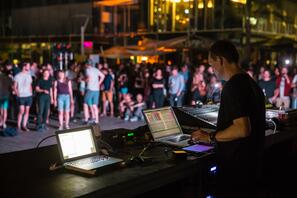 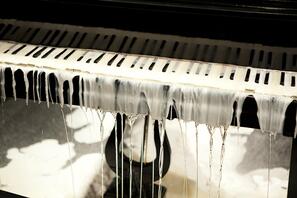 Tatiana Blass, Half of the speech on the ground – Deaf Piano, 2010

Tatiana Blass, Half of the speech on the ground – Deaf Piano, 2010 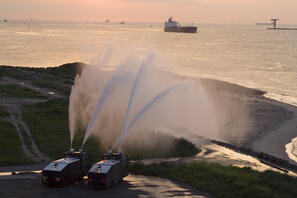 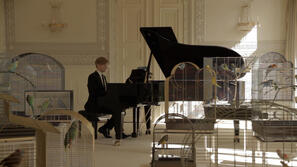 Annika Kahrs, Playing to the Birds, 2013

Annika Kahrs, Playing to the Birds, 2013 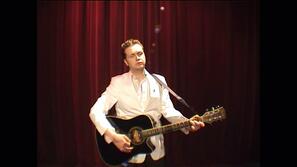