The 180-degree turn not only meant that the collection temporarily wandered into the cube but, in particular, that familiar narrative models were scrutinized and possibly turned on their heads. Four large themes illuminated the collection beyond the usual art-historical categories and showed visual and content-related connections over time.

Inspired by the line of a poem borrowed from Karl Gerok “Mein Stuttgart, wieder da” (My Stuttgart, back again), the city was illustrated by different views, while the hall dedicated to the notion of a “lack of place” dealt with abstract formal language—“No Place. Nowhere.” On the third floor, named after Michel Foucault’s philosophical treatise “Les mots et les choses”, things and words juxtaposed with one another, presenting a debate about the description and recording of the world. The rooms in between were dedicated to the collection’s monographic artists Willi Baumeister, Dieter Roth, Wolfgang Laib, and Otto Dix. 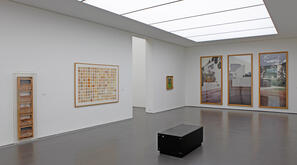 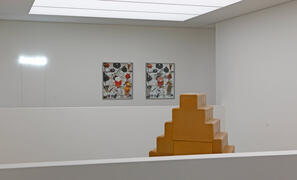 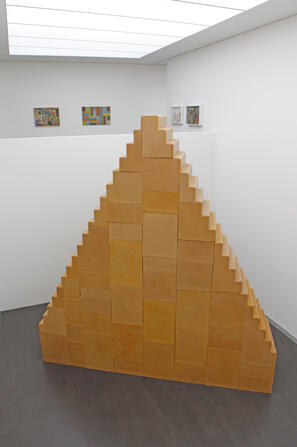 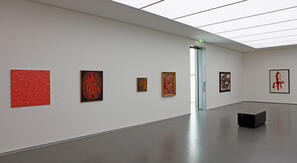 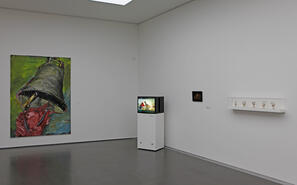 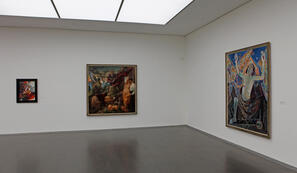 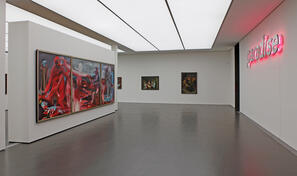 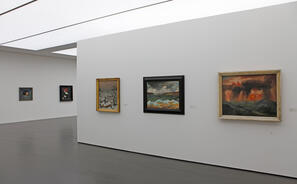