Benjamin Bronni (b. 1985 in Nürtingen) addresses the themes of spatiality, materiality, illusion, and abstraction with architecture as an important point of reference. In paper works, paintings and plastic wall objects Benjamin Bronni explores the rhythmic fusion of form and space. The artist carries out his works by hand, but also incorporates digital processes such as 3D rendering. In the exhibition, Bronni intertwined the presentation site with his objects, in the form of an in situ painting on one of the museum walls. Older works from 2013 and new works were juxtaposed in the exhibition. 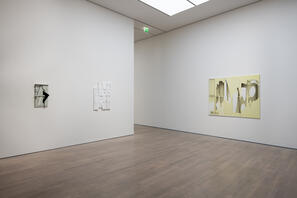 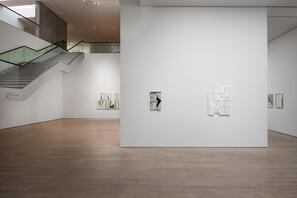 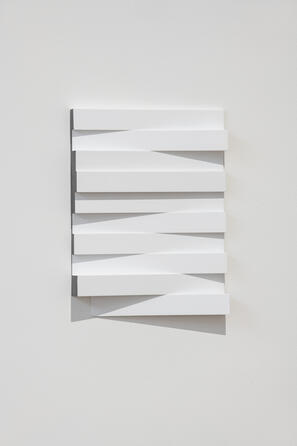 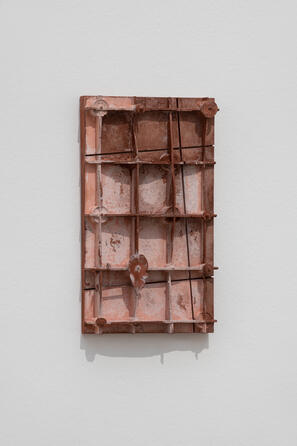 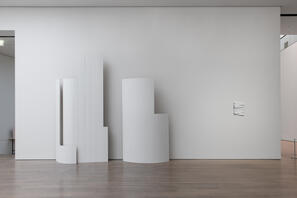 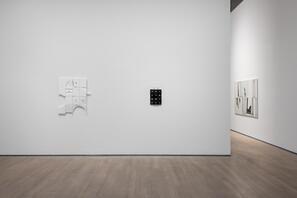 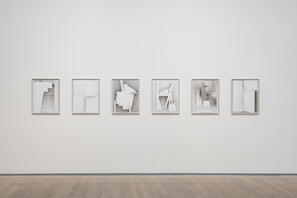